Written by Barry de Graaff on February 8, 2021. Posted in Uncategorized

Written by Barry de Graaff on April 16, 2019. Posted in Uncategorized

With this Zimlet installed you can enable automated replies based on a filter from within your Zimbra Web Mail.

While you could always configure Zimbra filters to send automated replies over CLI using: This feature was not available to the end user in the Web Interface. This Zimlet adds a button in Preferences -> Filters -> Create Filter to add this functionality. https://github.com/Zimbra-Community/reply-by-filter 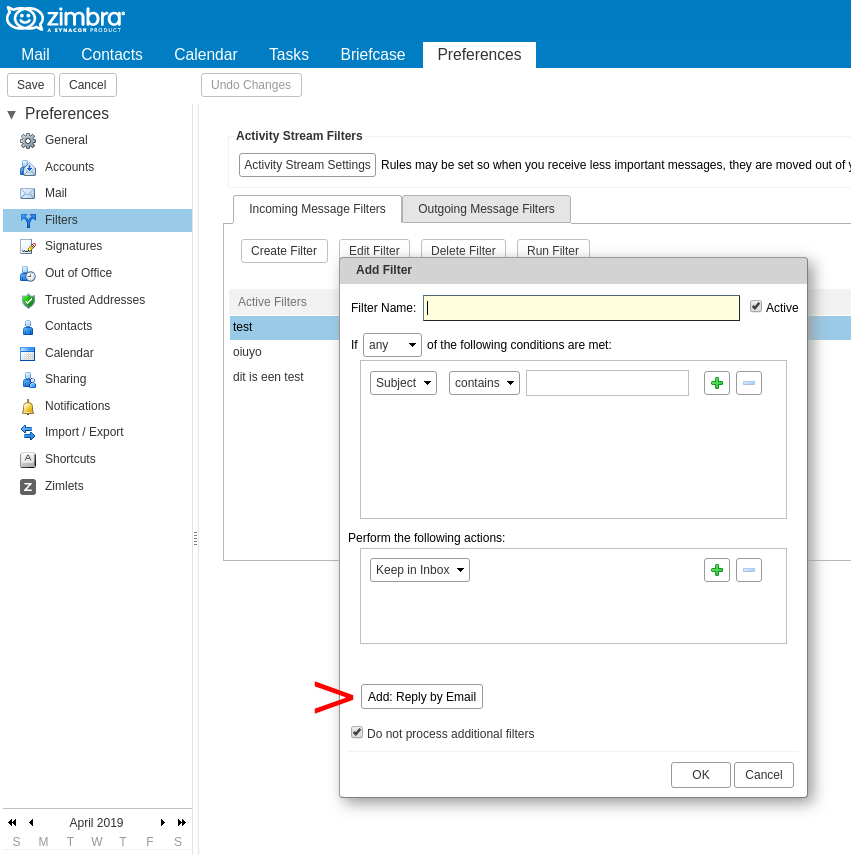 Written by Barry de Graaff on January 28, 2019. Posted in Uncategorized

We have completed the Survey Monkey and the winner is Zimbra FOSS Two Factor authentication. 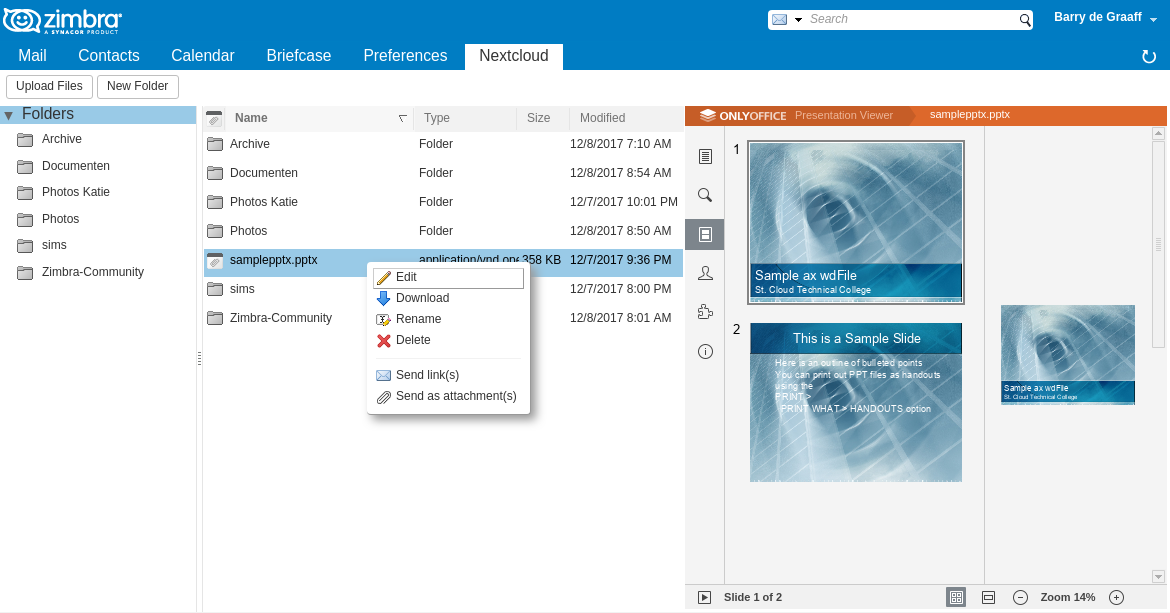